Why My Novel Isn’t About Me or You 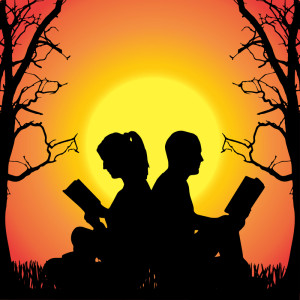 Last summer I had the pleasure of telling a group of my extended family members about Surface and Shadow, my novel that’s being released Sept. 1. I was very excited about the book, and so were they. They wanted me to give them the highlights of the plot and descriptions of the characters. I was more than happy to oblige because I love telling this story, but as soon as I finished, they asked the inevitable questions: Is the story about you? Are any of us in it?

Since then, I’ve shared news of the novel with old and new friends, many of whom know me well. They’ve been less direct with their questions, but they still have the urge to draw parallels between the story and my life. I guess it’s just human nature to want to see connections, and in some ways they’re right.

Without having lived an eventful life, I wouldn’t be able to write fiction. Experience is the catalyst for imagination.

I love to read, and I’ve learned a lot from characters in other novels, but most of what I know about human strengths and weaknesses, I’ve learned from the people I’ve known. Similarly, I’ve learned a lot about communities and cultures from the places I’ve lived—a total of nine towns and cities at last count. But there are many aspects of this world that I don’t know as much about as I’d like to, and that’s where research comes in.

For example, the setting of Surface and Shadow is a small North Carolina cotton-mill town called Tanner. While it’s true I grew up in a mill town, it was a woolen-mill town, not cotton. So I did a lot of research about U.S. cotton mills and cotton mill workers in the early-to-mid 20th century. For several decades, almost any southern town that had a river or a creek had a cotton mill. Now those mills are almost all gone, fallen prey to consolidations with larger corporations or to exporting of manufacturing to other countries.

The main character in my novel is Lydia Colton, a young wife and mother who has newly arrived in Tanner when she hears a rumor about the mysterious death of one of the mill’s previous owners. Once upon a time I was a young wife and mother, and I moved across four states with my husband and toddler son. I remember what it was like to be in that new place. I also know what it feels like to have your intellect and significance as a person disregarded because you’re a woman.

But I was never obsessed with a mystery. So, no, Lydia is not me. But I have felt some of the same emotions she feels, and that’s how writing fiction works. Writers have to look deep into what they know of human nature and how that knowledge can be reshaped for their particular characters. Reshaping is the key.

One of my writing teachers told me a funny story about how she knew what real fear felt like. When her car broke down on an interstate highway miles from any sign of civilization in the days before cell phones, she had to flag down a passing car. The driver invited her to get into the car, and not until they were speeding down the road did she realize the people in the car included two large men (one was the driver) and one large woman. Since my teacher was also a large woman, it occurred to her that they might kidnap her so they would have a large woman for each of the large men. She never forgot how scared she was until the driver let her out at a service station, and she used that memory in stories with much worse circumstances.

To create the story of Surface and Shadow, I took a set of characters, put them in a particular environment, and then to ratchet up the conflict, asked, over and over, “What if?” “What if Lydia did this?” “What if her husband did that?” As each “What if?” was answered, the plot developed a life of its own, until it became a unique set of circumstances that never actually happened, but could happen if I created it correctly.

Although research and experience are critical to creating stories, imagination is the magic ingredient. People had been eating coconuts and pineapples for ages, but it wasn’t until somebody wondered what would happen if you put them together that we got the piña colada.

People have a multitude of thoughts and feelings, but it’s not until somebody puts them together in unique combinations that we get the unique characters that bring a novel to life. In Surface and Shadow, there are no people based on real people and no places based on real places. The details come from a mixture of what I’ve known, read, and seen in my life, and often, what I didn’t see.

So you won’t find me in Surface and Shadow, and you won’t find you. You will find the story of a group of people searching for control of their lives and justice in their world. And I hope after you’ve read it, you’ll have some new thoughts about what control and justice really mean.