Time at VCCA Was a Great Gift

Every writer dreams of having unlimited time to write without the interruptions of everyday life. During November and the first week of December I found that special gift at the Virginia Center for Creative Arts in Amherst, Va. 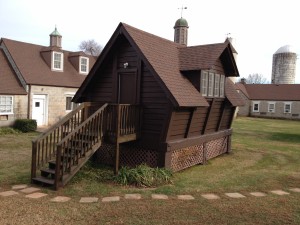 For nine days, I had my own private studio in a quaint little brown building that was known as the “corn crib,” and I never had to leave the space unless I wanted to. It was equipped with a desk, two lamps, an easy chair, and a bed, so I could stay there 24 hours a day, leaving only when I got hungry and walked over to the residence hall for meals, which were prepared and waiting for me. I also had a bedroom in the residence hall, where I preferred to sleep, but some folks stayed in their studios all night.

The people who gathered as VCCA fellows included writers like me, visual artists, and composers. They were all interesting and accomplished in their fields, so the main reason I spent time in the 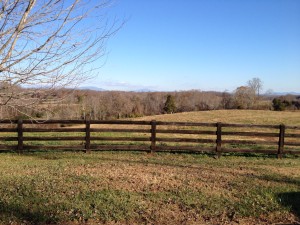 View from the front of VCCA property

dining room and living room of the residence hall was to meet people. Three nights while I was there, writers gave readings of current or published work, all of which were really good and ranged from humor to drama, memoir, and poetry.

I kept hoping the composers would perform some of their works onthe piano in the living room (a friend told me that happened when she was at VCCA, and I was looking forward to it), but that never happened spontaneously. When I told one of the composers how disappointed I was that I didn’t get to hear him perform, he agreed to play for me the last night I was there. His performance of classical music, jazz, and a few Ray Charles pieces was worth waiting for.

Occasionally the visual artists had open studios, and I was fortunate to be invited to visit three artists’ studios before I left. Wow. I don’t know a lot about art, but I was impressed with the work they were doing. One’s paintings were abstract; another’s were more realistic, and the third’s were a combination of styles that the artist said had sometimes been called “lyrical expressionism.” 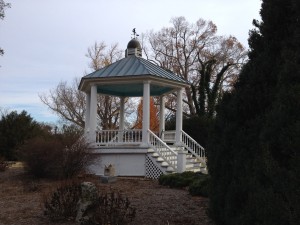 And every day I was writing all day. Such a blessing to have that opportunity, and I used it as best I could to revise my next novel, which is due to my publisher, Pen-L, in 2017. I’m excited about this novel, just as I am about Surface and Shadow, so I enjoyed spending my days with the characters, even though revision is hard. Some scenes ended up on the cutting room floor, and new ones were added, but I know the novel is better because of the days I spent at VCCA.

And so am I. I’m grateful for the work I got done, the people I met, and the beauty of the surroundings. The property on which VCCA is built was once a farm. The green meadows and mountain views remain, giving the area a feeling of peace and serenity. But just below the surface, there’s a great deal of energy, and I’m glad I got to be part of it for a while.

The “barn” where most of the studios were.

You are so positive! I love you.